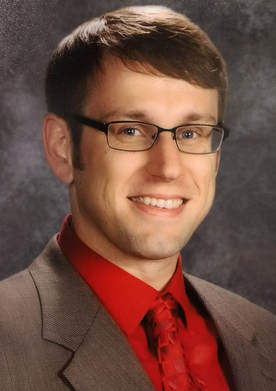 Chase D. Burkhart is a product of the wonderful arts community in Grand Forks, North Dakota. Hooked on music since the age of 4, he sang constantly in numerous choirs, played violin in orchestra, took early stabs at songwriting, and was highly active in his communities local musical theater scene throughout his formative years.

After high school, Burkhart attended North Dakota State University in Fargo where he studied Vocal Music Education under Dr. Michael Weber, Dr. Jo Ann Miller, and Dr. Charlotte Moe. During this time, he received an old guitar from a friend and began to develop as a guitarist. Burkhart also began studying audio production independently in his home studio, and has since made a series of recordings featuring his own original music. These recordings lead to numerous performances throughout the Midwest, both as a solo artist and with various bands.

​Burkhart moved to the Twin Cities in the fall of 2013 and spent a year as a substitute teacher in both the Minneapolis and Saint Paul public school districts before joining the Field Staff in the fall of 2014. He is both thankful and excited to be tenured and embarking on his 6th year teaching choir, guitar, and music explorations to 5-8th grade students at Field Community School.  Additionally, Burkhart teaches private lessons at Twin Town Guitars and directs the Adult Choir at Lynnhurst UCC.

As a professional singer, Burkhart sang tenor in the VocalEssence "Ensemble Singers" from 2013-2016.   Highlights include: performing at the World Choral Symposium in Seoul, South Korea, 2 sold out performances at the National Theater in Shanghai (China), backing up both The Rolling Stones and Andrea Bocelli live in concert, and debuting/recording numerous world premier's of local composers.  More recently, Burkhart has been developing an album of original music. 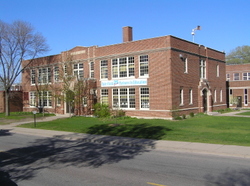 Opened in 1921, Field was originally an Elementary School (K-6) housed within the two-story brick building that currently occupies the southwest corner of the property.   The school was named after Eugene Field, a 19th Century poet from St. Louis who specialized in children’s literature.   In 1971, Field School was paired with Hale Elementary School.   In 2000, Field was converted to a middle school accommodating students in 5-8 grade.

Field has since developed a strong reputation in the surrounding community for producing high quality music ensembles capable of performing challenging repertoire in a variety of musical styles.    As one of the only middle school programs in the district with auditioned ensembles, Field music students are held to a high standard of musical and behavioral excellence.   As a result, students have frequent opportunities to share their musical talents throughout the metro.

The Field guitar program was developed by former director Ruth LeMay.   She taught at Field from 2005 to 2013, and has become the go-to resource for guitar education in the Minneapolis Public School district.   Mrs. LeMay also created the present-day auditioned 7/8 grade choir CHORALE.
Powered by